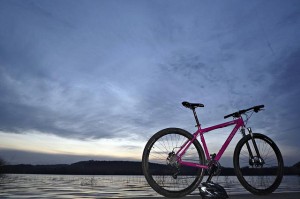 What are the advantages of a 29er on the trail?

If there’s anything that seems to be right in biking fashion at the moment, it’s 29er mountain bikes. I can’t move for 29er articles, 29 bikes in the local shop and 29er fanatics trying to convert me at every turn. So, hey, I thought, why not add to the cocophany and write even more about them? Why not indeed.

Seriously though, I had no idea really what 29ers were for, and possibly neither have you. What’s the advantage of a 29er? In what situation would you want to use a 29 bike? Well, recently I endeavored to find out the answers to all of these questions and, generous guy that I am, here I’ll share what I found out!

This is simple at least: a 29er is nothing more than a mountain bike that’s built to run on 700cc wheels. “Woah!”, I hear you say, “Isn’t that getting dangerously close to lycra-clad, tarmac-fetish cycling?” Well, yes, a little. Mountain bike rims are traditionally 26″ in diameter, while road bikes run on 700cc, or 29″ rims. 29er bikes are attempting to profit from the advantages of bigger rims by building stronger, wider road-bike sized wheels and taking them off-road.

What are the Advantages of 29er Mountain Bikes?

So, to the 29er bike advantages. Why bother to increase your wheel size? After all, the whole bike needs adjusted to accomodate the extra wheel diameter. What do you gain by going 29er:

What are the Disadvantages of a 29er Mountain Bike? 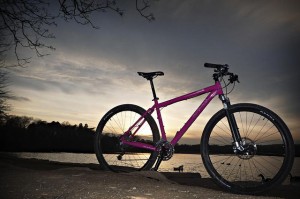 What are the disadvantages of 29 bikes in mountain biking?

So, there seem to be a few good reasons to get a 29er above. A smoother, faster, easier ride – all good huh? Well, not quite – the big wheels bring with them a few drawbacks:

Conclusions on the 29er Conundrum

After a fair bit of reading, I’ve come across a number of different opinions on 29ers, and I suspect it’s very much the same as any other bike rivalry – hardtail vs full-sus anyone? The most common opinion that I’ve found, though, is that 29ers just don’t have the nippiness, the flexibility and the fun factor that their smaller cousins have. Yes, 29ers take some of the bump and grind out of the trail. Yes, a 29 bike feels faster on the uphill and more stable on the downhill. Yes, you’ll catch yourself on less roots and rocks.

But… more often than not riders just seem to prefer the acceleration, responsiveness and pure fun of a 26″ bike. It makes sense I suppose. Hands up: who out there got into mountain biking for the stability and comfort it offered? No-one…? Thought so…

Give me your opinions though – have you ridden a 29er? Tell me what you thought? Have you been converted? I’d love to hear.